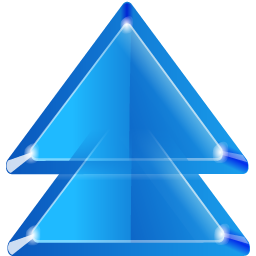 The British East India Company established the Indian Medical Service (IMS) in the year 1764 to look after Europeans in British India. On 9 May, 1822 the British Government laid down a plan to fill the position of native doctors in the civil and military establishments of the Presidency of Bengal. For the said purpose and imparting the medical teaching in local language , on 21st June, 1822 they founded “The Native Medical Institution “. In 1833 William Bentinck committee recommended a requirement of a medical college 'for the education of the natives'. Consequently a new medical college , known as the Medical College Kolkata was established on 28th January, 1835. Its purpose was to train native youths irrespective of caste and creed. The admission of the students were started on 20 February 1835. Out of about one hundred applicants, only twenty students were selected through a preliminary examination. Students had to sit for final examination on completion of the course and “President of the Committee of education certificates” were being awarded to the successful candidates for practicing surgery and medicine. They were eligible to apply for public service as “Native Doctors”.The year 1836 was a landmark in the history of indian medical teaching when the first dissection of a human corpse was conducted by Madhusudan Gupta, student of the first batch. On the 10th January and this day now is observed as Medical Education Day in West Bengal. Other renowned students of the first batch were Umacharan Seth, Rajkrishna De, Dwarakanath Gupta and Nabin Chandra Mitra. First batch of students passed the final examination held on 30 October 1838. They were then eligible to practice medicine and surgery. Eminent persons of Calcutta during that period including Ram Kamal Sen,Dwarkanath Tagore, supported medical education by providing scholarships and prizes for academically brilliant students. With the financial help of Dwarakanath Tagore, four brilliant students of the college were sent to England. Among them Gopal Chandra Seal, DwarakaNath Bose, BholaNath Bose, cleared the MRCS (Member of the Royal College of Surgeons) examination in 1846 and returned to India to join the Medical Service. The other one remained there, obtained the MD degree of the University College of London and became the first Indian to pass the examination for the Indian Medical Service. The college produced many eminent alumni namely Sir Nilratan Sarkar, U N Brambhachari, Bidhan Chandra Roy, Balai Chand Mukhopadhyay, Ram Baran Jadab etc. in due course of time. 29 June 1883 was another landmark day in the history of Medical College. On that day Kadambini Ganguly, a Bengali Brahmo became the first woman admitted in this institution. In 1884 Government offered scholarships of Rs 20 per month to all female students. Virginia Mary Mitter and BidhuMukhi Bose were awarded these scholarships. In May 1835, MotiLal Seal donated a piece of land in which the buildings of the college were built. The oldest building of the Medical College is Medical College and Hospital Building(also known as the MCH Building).Later on different hospital buildings were also established in the college campus namely Eden Hospital (1881–82), Ezra Hospital (1887), Shayma CharanLaha Eye Hospital (1891), Prince of Wales Surgical Block in 1911, Sir John Anderson casualty block, David Hare block etc. Mission and Vision statement : To be distinguished as a leader among medical institutions by providing exemplary medical education, higher training, safe patient care, quality research, innovations through community collaboration and commitment to serve the underserved. Objectives of the Institute :To develop a high standard of medical education i.e. patterns of teaching in undergraduate, postgraduate and super specialized medical education. To deliver excellent patient and family focused care in state-of-the art hospital facility. To bring out advance knowledge through high end research activities.To improve the health of the medically underserved community in rural as well as urban areas.